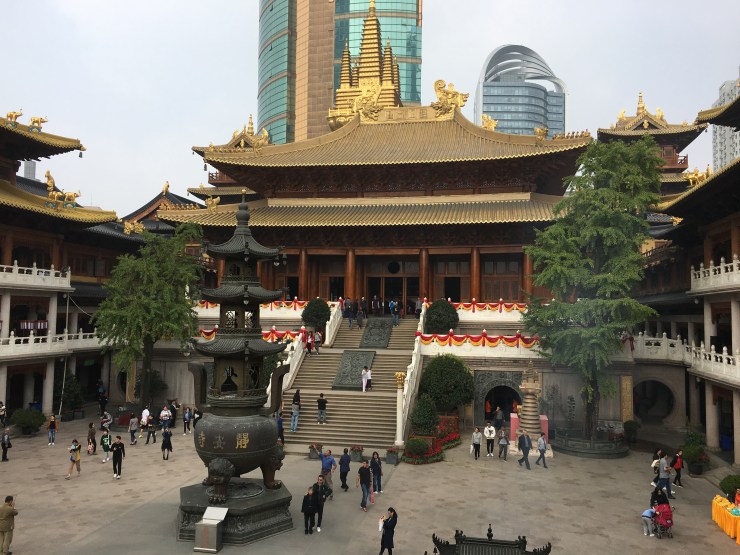 One of the prettiest and biggest buddhist temples in Shanghai, and I used to live opposite it in my first house in Shanghai back in 2002. It was originally named Hudu Chongyuan, today’s name Jing An comes from the district it’s located in, Jing An. In 1972 it was burnt down, and was then reconstructed and opened up to the public again in 1990. It then had a total make over again that took several years and was completed in 2010. Today it is a very grand a peaceful place to visit. I especially like to visit the temple in the mornings. People are praying, singing and even if I am not a buddhist I feel very happy and calm every time I had a visit here in the morning.

The temple was built 247AD in the Wu Kingdom during the Three Kingdoms period of ancient China. At that time it was located beside the Suzhou Creek. It was relocated to its current site in 1216 during the Song Dynasty. The current temple was rebuilt in the Qing Dynasty but during the Cultural Revolution, the temple was converted into a plastic factory. In 1983, it was returned to its original purpose.

You can easily get here by Metro, and then you get of by Jing An Temple station. And several bus lines stop there too.