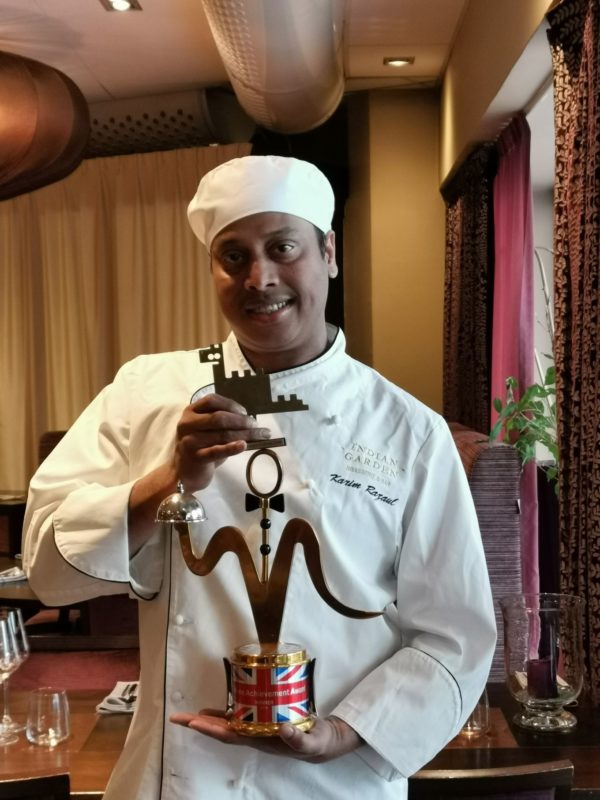 Karim Rezaul has been awarded the ”Special recognition award” by the British curry awards in London for his knowledge and development of the Indian kitchen. He is the only non British person to have been awarded this! He actually won his first British Curry Award in 2010,  ”Curry life award of excellence” , at that time it was for his spice mixtures. In Sweden he has been awarded with the Golden Dragon award twice!