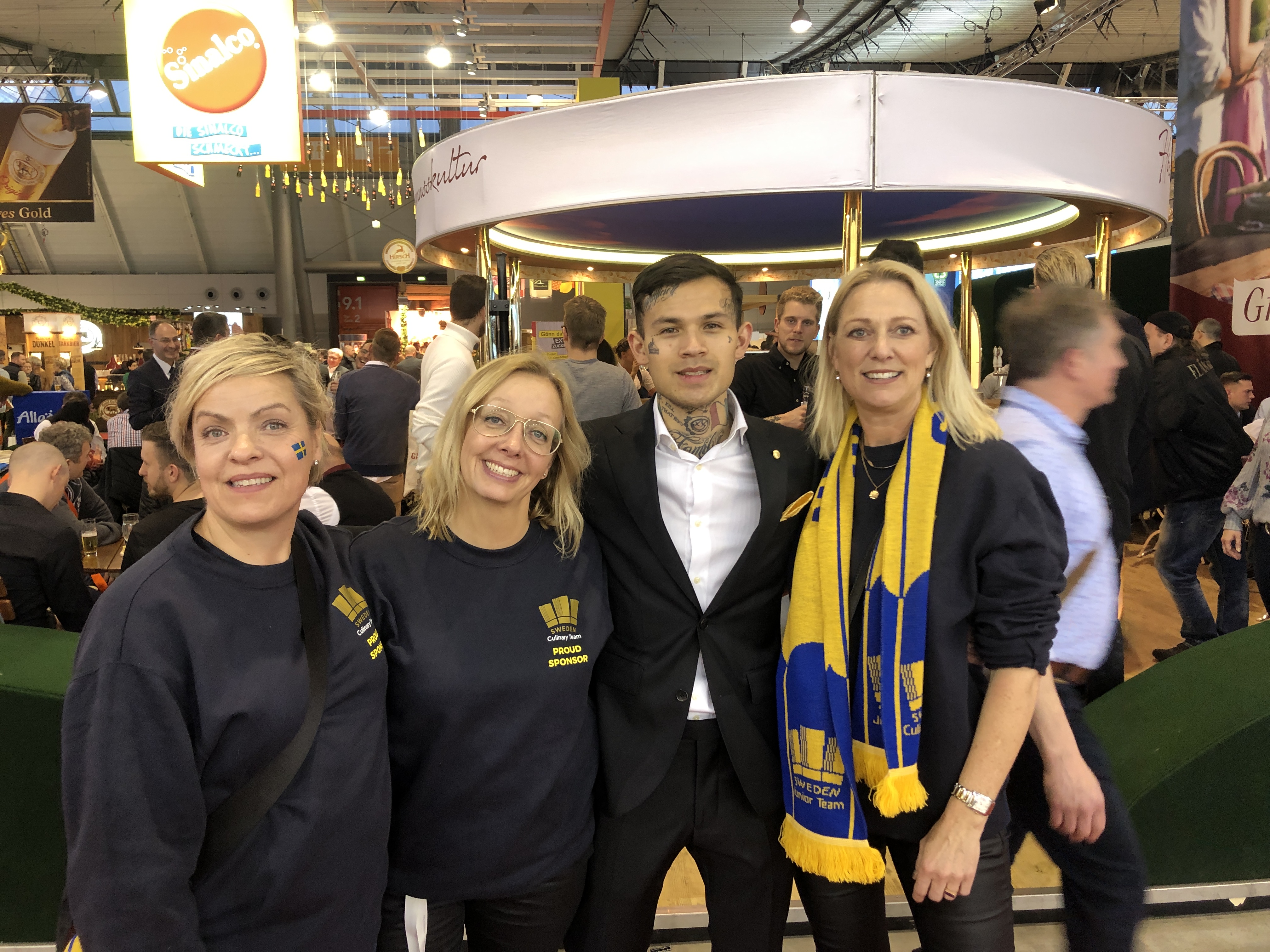 I had the joy the visit the Culinary Olympics in Stuttgart as a guest. It was full action day and night. And to be able to feel and witness the contestants competing is amazing. The morning started with getting a nice Sweden top, and a scarf. You have to show off your colors!

So I had a ticket for one dinner the night the Swedish Culinary team competed. And we shared by my table. So I got to try Iceland, Sweden, Germany, Scotland and Mexico. Unfortunately not Norway’s as they competed another day. And Norway won so it would had been fun to try it out as Sweden’s were really good. So It must have been amazing.

I love walking around looking at all the chefs in their kitchens. Some are so concentrated that they look like they will explode, some look up and pose and most of them just really concentrate. It is really impressive to watch them all!

Another competition is the cheese and fruit carving. I am so impressed with their skills!! Just look it!